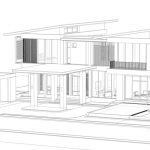 Architects – Why did a handful of American and European architects decided to disrupt the centuries-old, ornamented Greco-Roman habit? Mid Century Modern architects’ exciting new ideas ensured the middle classes could enjoy beautiful surroundings. Read about their courage and vision here. 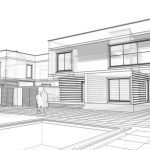 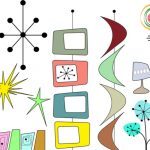 Artists –  Mid Century Modern artists like Henri Matisse, Pablo Picasso Jackson Pollock abstracted their subjects even more than their Impressionist predecessors. Focusing on shape, movement and even the “Fourth Dimension of Art,” they worked harder to evoke intense emotion and thought more than delight the eye. 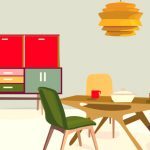 Designers – Visionaries like Gio Ponti, Harry Bertoia, and Charles and Ray Eames removed weight, ornamentation and material from furniture, decor and other household items, focusing instead on shape and color to please the eye. See how they combined shape, texture and size to stun homeowners across America. 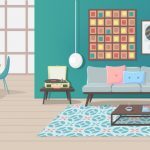 Interior Design – Mid Century Modern interior design is on fire. Make sure you understand all the tenets of the modern decor style so your living space coheres beautifully. We make it simple here. 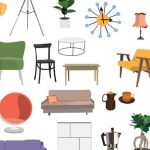 Auctions – Know the top auction houses so that you can bid on your favorite artists and furniture designers either in person, via email or via an auction house representative. 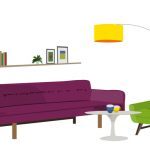 Events – Scores of Mid Century Modern events exist to delight modern enthusiasts. Consider making these conferences and shows the centerpiece for your next vacation. Some offer hundreds of activities over a week-long period. 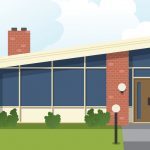 Tours –  Looking for a great Mother’s Day, Father’s Day or other activity for your Mid Century Modern enthusiast spouse or friend? Most cities stage either self-guided or guided walking tours conducted via various local societies. No better way to understand how to pull all your pieces together than seeing how the pros do it up close. 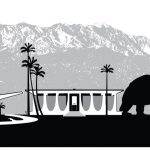 Preservation – Mid Century Modern enthusiasts ready to join the battle to save the sophisticated buildings of 1945 – 1970 can get started on our preservation page. Incredible organizations like the Palm Springs Modern Committee, the Los Angeles Conservancy Modern Committee and the DC Preservation League have saved scores of homes and buildings with historic value. 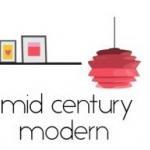 Shows – Shows focusing strictly on Mid Century Modern art, architecture and design appear in museums as they travel across the country. Get an extra bonus when you attend a Mid Mod show in a Mid Mod building! We list a selection here. 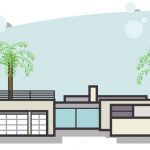 Austin, TX – Much of this hip city’s appeal comes from its neighborhoods filled with Mid Century Modern homes. Architects and designers out-did themselves by delivering gorgeous but affordable homes to Texas’s growing middle class. 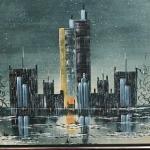 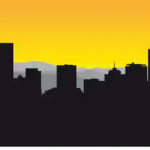 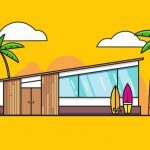 Los Angeles, CA – Between Richard Neutra, Rudolph Schindler, A. Quincy Jones and Paul A. Williams, visitors have scores of Mid Century Modern homes to peruse inside and out. The Los Angeles Conservancy Modern Committee keeps calendars filled with educational events and activities all year long. 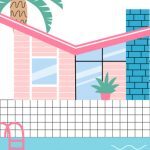 Palm Springs, CA – With the highest concentration of Mid Century Modern style homes, it’s no wonder 157,000 attended the most recent Palm Springs Modernism Week. The Palm Spring Modern Committee make sure visitors have access to homes, shows and exhibits all weeks through the year! 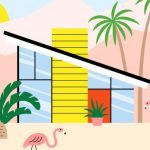 Phoenix, AZ – With Frank Lloyd Wright’s lavish winter home and studio, Taliesin, just 30 minutes away, of course Mid Century Modern homes and buildings cropped up in Phoenix from 1930s to present day. Make sure you know all opportunities to explore the Mid Mod scene in the American desert. 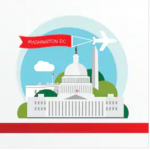 Washington, DC – This city’s suburbs contain some of the most innovative and culturally important homes from the 1950s. Neighborhoods like Hollin Hills and Holmes Run Acres continue rise in value as Americans appreciate Mid Century Modern architecture more every year.