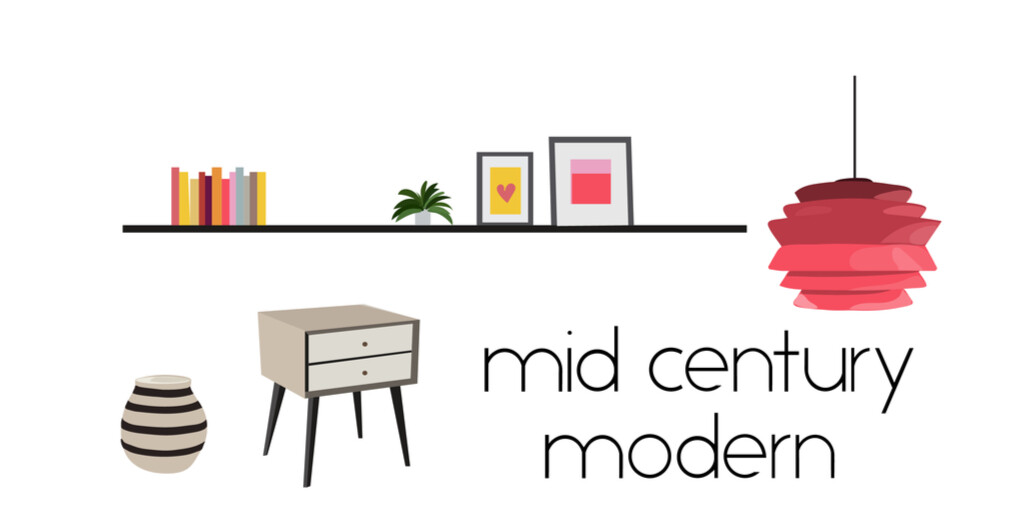 Events Calendar –  All events are free to publish.

Art and design shows dedicated to the Mid Century Modern style travel around the United States. Your best best is to research the exhibits in the art museums in the city you live in or plan to visit. These few are currently moving from state to state.

Serious Play: Design in Mid Century America  – Denver Art Museum – Who would have thought that Mid Century Modern and playful design went together? The Denver Art Museum brings the two together in their Serious Play exhibition, which explores how playfulness helped designers incorporate fresh ideas and new materials into American homes and even commercial spaces.

The exhibit leads visitors through how, during the 1950s and 1960s, new materials and manufacturing technology, along with a growing middle class, prompted designers and architects to sell their services to a much broader audience. Further, the new fascination with child development allowed them to create more whimsical spaces, furniture and accessories.

This exhibit came from Milwaukee, WI, to Denver and will continue moving around the country. Search Serious Play exhibition to determine when it’s coming to a city near you.

Visions of Design: Parallels in Mid Century Modern and Shaker Furniture – May 11 2019 – March 22, 2020 at the Fruitlands Museum in Harvard, Massachusetts

Mid Century Modern designers and artists weren’t the first to value simplicity. The Shaker sects—Quaker offshoots—that came from England to the United States in the 1700s designed lovely pieces with simple design and functionality central. They rejected ornamentation, not because of the love of the form itself, but because these flourishes encouraged the sin of pride. They did, however, use asymmetrical drawer arrangements to evoke interest while avoiding useless decoration.

Fuller Craft Museum, Brockton MA – Calling itself “New England’s home for contemporary craft,” the Fuller Craft Museum features pieces that prioritize new materials, repetition, and shape to evoke emotion and challenge notions of the definition of art. Many exhibitions move through the museum throughout the year. Recent ones include “Uneasy Beauty: Discomfort in Contemporary Adornment,” and glass artist Elizabeth Potenza.

The Cranbrook Art Museum,  Bloomfield Hills, MI – Throughout the 1930s through the 1960s, many of the biggest Modern designers and architects went through the Cranbrook Academy of Art. A legend in the Mid Century Modern art and architecture world, its most illustrious graduates include Florence Knoll, Eero Saarinen, Marion Mahoney, and Harry Bertoia. It contains an eclectic mix of furniture, ceramics and textiles from the Arts and Crafts era through post-modern. Because the Academy owns Eliel Saarinen’s Art Deco masterpiece, The Saarinen House, visitors get to tour it.

The Denver Art Museum, Denver CO – The museum contains a Mid Century Modern art collection of 12,000 objects created by designers like the Eameses, Eero Saarinen and Marcel Breuer. It also features architectural drawing by Frank Lloyd Wright. Unlike other Modern collections, it has pieces 1960s and 1970s Italian designers, along with Western European and Japanese design.

The Cooper Hewitt, New York, NY –  Housed in the Andrew Carnegie Mansion on 5th Avenue, the Cooper Hewitt features only historic and contemporary design. Its 210,000 objects feature works by Arne Jacobsen, George Nelson and Harry Bertoia. It aims to educate visitors on the intricacies of design.