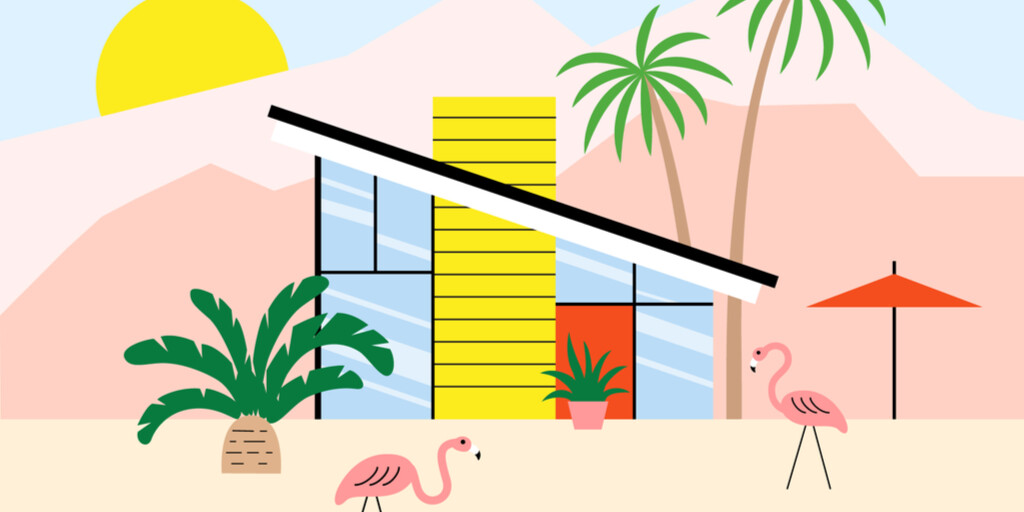 Mid Century Modern in Arizona? You bet! In 1937, renowned architect Frank Lloyd Wright built a summer home and studio complex on the southern slope of the McDowell range outside of Scottsdale. He paid just $3.50 per acre for this winter getaway, named Taliesin, where he would invite other architects, students and family.

Wright explains why:  “Arizona needs its own architecture… [its] long, low, sweeping lines, up-tilting planes. Surface patterned after such abstraction in line and color as find ‘realism’ in the patterns of the rattlesnake, the Gila monster, the chameleon, and the saguaro, cholla or staghorn – or is it the other way around—are inspiration enough.”