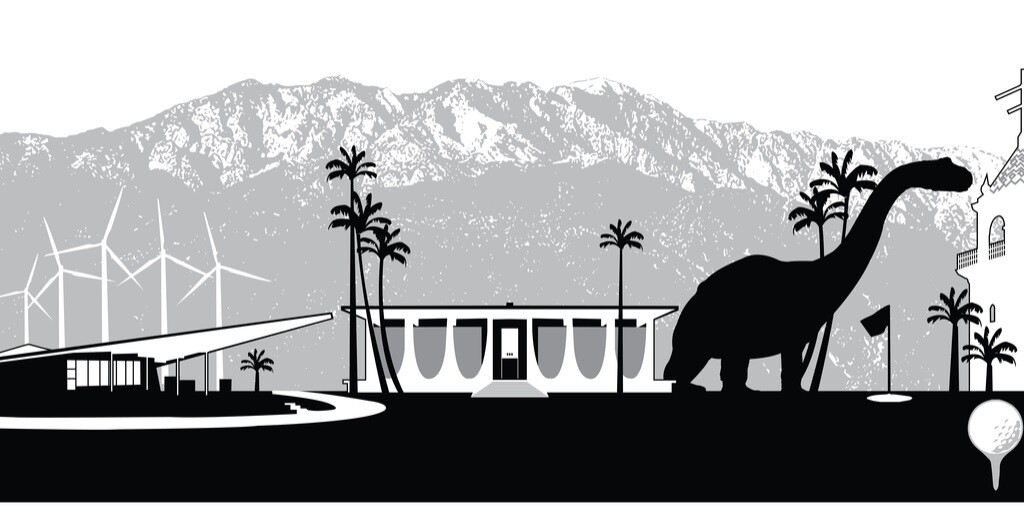 Organic shapes and clean lines often aren’t always enough to stop the wrecking ball, however. Many community organizations and governments don’t see the value in plain buildings designed with budget in mind. In New Orleans alone, four Mid Century Modern icons that won national awards from the American Institute of Architects (AIA) have been demolished.

Then there’s the instantly-recognizable Bavinger home in Oklahoma designed as an organic corkscrew. Despite being listed on the National Register of Historic Places, owners ordered bulldozers to level it in 2016. Mid Century Modern preservation organizations constantly battle developers, businesses and homeowners to stop destroying structures that reflect the values and goals of an important time.

The first blindspot is that, despite many buildings reaching 70 years, Mid Century Modern is often not considered “historic” or unique enough to leave intact or even restore for future generations. They’re considered “recent history,” a term that’s often used to detract.

Then there’s the finances. Restoration can be costly. Frank Lloyd Wright’s Fallingwater built on top of a waterfall in Pennsylvania struggles chronically with mold and support issues. Costing $155,000 to build in 1939, restoring it took $11.5 million in 2001.

Houston voters gave the thumbs down to save the Mid Century Modern style Astrodome when it would have cost $217 million to restore. While it’s understandable that practical matters like money sometimes interfere with artistic and historic preservation, those of us who appreciate this architecture as the expression of bold, visionary architects and designers hope some thought goes into the restore-or-demolish decision.

Several powerful organizations with money and expertise behind them are working hard to make sure Mid Century masterpieces stay with us as long as possible.

Currently, the Getty Conservation Institute operates the Conserving Modern Architecture Initiative. This group raises public awareness about the Mid Century homes and buildings all over the world by running events and training programs as well as distributing information about Mid Century Modern architecture.

In addition, since 2014, the Getty Foundation has run its “Keeping It Modern” initiative which distributes $1.7 million in grants for architectural preservation. In the past 5 years, the Getty has aided 54 national and international modern conservation projects.

The Los Angeles Conservancy Modern Committee: works diligently to preserve Modern homes and buildings throughout Los Angeles County. It’s interactive map displays clickable pushpins that reveal structures at risk. Each goes to in-depth information about the home or building and the conservancy’s efforts to postpone destruction and encourage restoration. It reaches out to owners and developers to educate them on the structure’s value and history.

The next step is to provide resources to owners to help them make decisions about the best ways to reach their goals while preserving an historic monument to Mid Century Modern architecture and design.

With this education and guidance, owners often agree to either move the structure or restore it.  Each listing includes designation, “saved,” “lost” or “active.”

The Palm Springs Modern Committee puts builders in contact with preservation architects and contractors. It also donates money to conservation efforts and guides owners in getting their buildings listed in the National Register of Historic Places. While there have been some regrettable demolitions, the committee has saved many more than it’s lost.

Chicago Bauhaus and Beyond —  Chicago Bauhaus organizes events to unite and educate modern enthusiasts. Given that Frank Lloyd Wright, Marion Mahoney and others started at Chicago’s Steinway Hall, it’s no wonder there’s robust interest in Mid Century Modern architecture and design in Illinois. In the 1930s, Chicago drew architects Mies van de Rohe and others, making it a seminal location for new design.

National Register of Historic Places: is the US federal government’s official buildings considered to have enough historical significance to be worthy of preservation.

A property listed in the National Register and may qualify for tax incentives if expense involved in preserving them meet certain levels. Appearing on the list can prevent a building from destruction because its historical significance can add value and interest to the home or business.

While citizen can nominate buildings, often historians and historic preservation consultants know how to complete the forms in a manner more like to win a listing. The form asks for the property’s physical appearance, history and any other significance.

Preservation Alliance of Greater Philadelphia – newer to Mid Century Modern preservation than the west coast entities, this Philadelphia organization has been documenting the modern homes and buildings that can be overshadowed by centuries old buildings. Currently, developers are considering demolishing the MCM Robinson building on Market Street (1945).

Preservation efforts are also designed around certain architects like:

The first reason to participate in preservation of  Mid Century Modern buildings and design is because they reflect the “zeitgeist” or prevailing concerns, values and goals of the time. The philosophers have told us that we must pay attention to history so we don’t repeat it.

After World War II, designers felt an obligation to depart from a brutal past with modern, even futuristic and ultimately completely different architecture, interior design and artistic style. A new aesthetic swept the world, a paradigm shift that aimed to bring appealing style to the middle classes as well as the monied. Creatives of the era were determined to send the message, “we’re different now.”

Help Mid Century Modern architecture and design gain attention and persist when you join one of the preservation societies above.