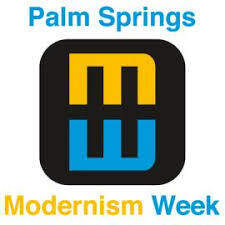 In addition to the events in February, Modernism Week hosts the “Fall Preview” weekend in October. Partner organizations collaborate to produce a “mini-Modernism Week” to kick-off the active social and recreational season in Palm Springs.

If you’ve landed here, you probably read on our Mid Century Modern architecture page  how innovation occurring at the end of the Industrial revolution improved the durability and affordability of steel, concrete and glass. Here, you’ll find the details on the evolution of each.

In 1860, steel was expensive, and used only in small quantities for swords, tools and kitchen cutlery. Any large metal structures were made from wrought or cast iron, both of which could break under pressure, bending or stretching. This limited where it could be used.

In the mid-1800s, British industrialist Henry Bessemer developed a process to make iron stronger by blowing air through it before it came out of the furnace. At the same time, the expanding railroad industry was struggling with the breakage in their cast and wrought iron rails. Bessemer saw his opportunity and sold his steel to the railroad companies at an under-market price. Steel proved itself far stronger and more durable that wrought or cast iron under heavy train engines and cars, setting off a huge demand in the United States and Europe.

Concrete has helped all kinds of ancient societies create structures to further their civilizations. The Roman Colosseum is nearly all concrete, as was Emperor Hadrian’s Pantheon. But concrete went dormant for about 1,000 years

Concrete depends on a binder called cement—a mixture of limestone and clay, heated and then ground. When water is added to cement, it can bind objects once dried. Cement has been used since the time of the ancient Greeks and Romans.

Concrete is the aggregate of the binder cement mixed with ground stone and sand. While cement and concrete are often confused, it’s cement that acts as the glue holding the larger particles in concrete together. Concrete’s malleability and affordability made building more structures for more families possible. The new material’s low “tensile”strength (bendability, stretchability), however, made it impossible to use in building anything of size.

Through trial and error, builders in the early 1900s found that reinforcing the concrete by adding long, steel bars—rebar—internally made concrete incredibly strong. More, with a rebar core, concrete could take all kinds of shapes: columns, arches, beams and even decorative elements. The Ingalls building in Cincinnati, Ohio was one of the first high-rises created with reinforced concrete. Construction finished in 1903.

The Ingalls Building in Cinncinati, completed in 1903, is one of the first primarily concrete buildings erected in the United States.

As concrete became more dependable, more architects chose to use it without stone covering. The Salk Institute in La Jolla, California finished in 1963, is one of the most famous uses of reinforced concrete. Its design leads the visitors eye into the future.

Believe it or not, before the late 1700s, few homes had windows. Then, French glassmakers blew long cylinders of glass, split them and flattened them with a wooden blocks while hot.  Most homes had small windows and each window was divided into panes supported by wooden frames. The glass was that delicate.

But plate glass was still expensive, remaining off-limits to many homeowners. Glass may have remained a luxury item if not for the brand new auto industry which was demanding more glass for coveted cars, where only glass would suffice for the whole car experience.

Today, wide-format, plate glass is affordable for most American homeowners. How will you bring the outside in?

In 1912, American Irving Colburn and the Belgian Emile Fourcault simultaneously created a technology that drew molten glass from a furnace in a thin stream, then flattened and cooled it by running it between asbestos rollers. This machinery created the first glass automation process, reducing the price of plate glass in the 1920s by 60 percent. The demand created by the brand new auto industry drove plate glass production.

It also meant that windows could move from the old fashioned pane style to large sheets of glass. As depicted in the colonial home and even the Georgian mansion above, a glass pane was typically 4” x 6” to 5”x 8”. As modernism came to the fore, stronger glass meant windows could be six and even nine feet wide with no breaks. Windows in Frank Sinatra’s Twin Palms estate run floor-to-ceiling creating an open feel and panoramic view. Environmentally-attuned architects fought to use more glass in homes to “bring the outside in.” Their clients came to embrace this drive. 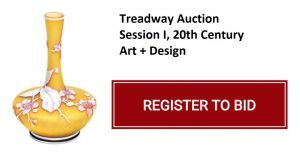 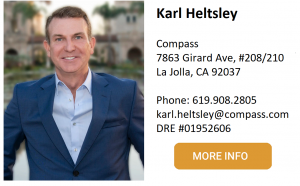